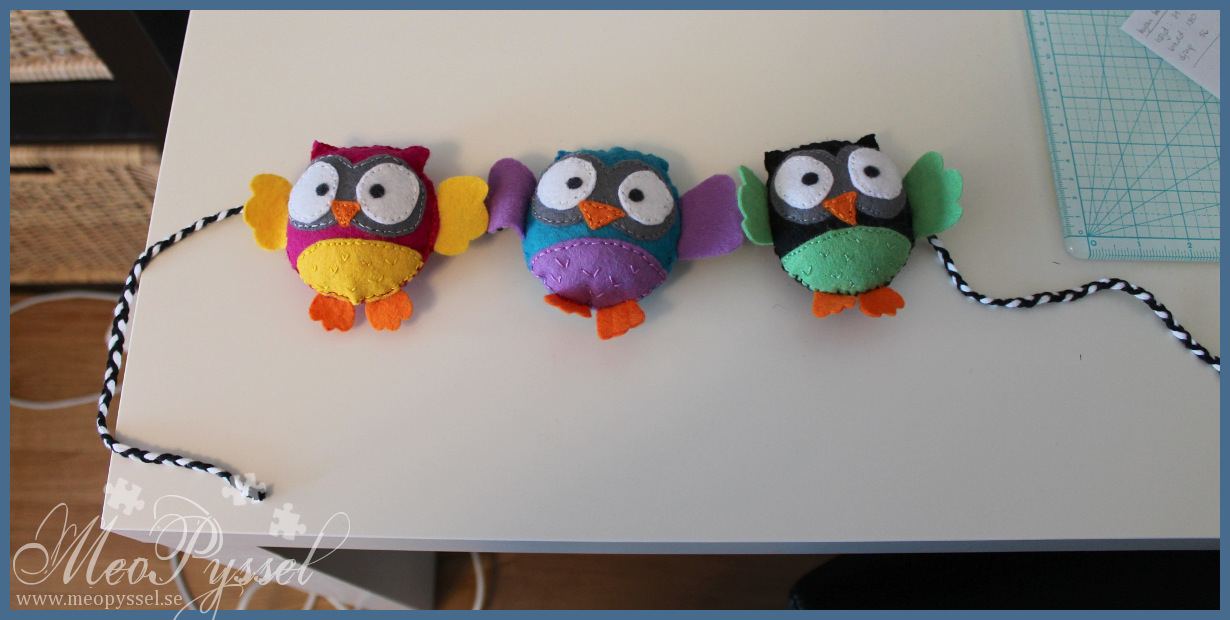 So the Owl-mobile is finally done. When I started off I imagine that it would be 5 owls but after some measuring I realized that with this size there is only room for 3. So this is the ones I made.

I made hooks of some old paper-clips but I’ll see what I can find for solution later on.

You can see the Pattern I used here.

So a couple weeks before our little Freja arrived I started to make some felt-owls for an owlmobile. I didn’t get very far, due to the total lack of inspiration during my pregnancy but yesterday I finished the first one and more is on the way.

My Owl don’t have any tailfeathers yet but I might add it on later. I made the body first and then sewed together the top of the body, put the breaded hanger in between the bodyhalfs and then sewed up the bottom. After that I remember that feet and wings would be good so I put them on later. I thought I would do wings and feet before sewing it together on the next owl but now when I’m doing the next one I realized that you could and should do that with the feet but if you attach the wings before sewing the halfs together it will be hard to stitch the halfs together nicely so I would recommend to do the wings last.

My hanger is just two strands of black and one strand of white yarn that I breaded together. I made the hanger longer then the Carrier so I have some space to play with but also so I can fasten I on the Carrier later. The pupils are just drawn on with a permanent marker but I might sew something on later, the permanent marker was a nice solution when I didn’t find my black felt (that I later found under the sofa).

I’m using this pattern which I have found on a couple of different sites but I haven’t really found a creator, I found it on this site. I have shrunk the pattern down a bit (don’t remember by how many percent) so that I could fit a couple of ones hanging on our babycarrier. I used this stitches for the outline and just some regular ones to stitch the parts. For the stuffing I used the filling from an old Ikea-pillow. 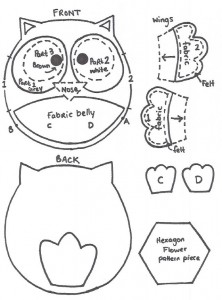 So hopefully the finished mobile will be up soon:)