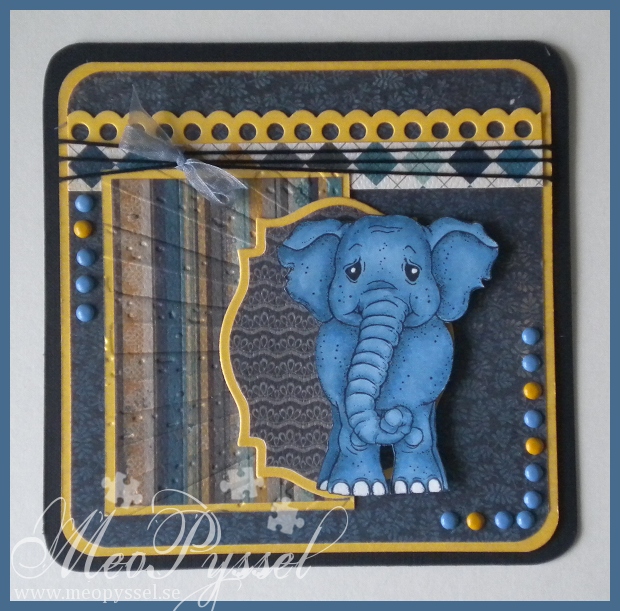 I have been trying to practice my copic-skills. I’m not a patient woman so i think it have gone so so but i like the results on this elephant. The shadowing is there but discrete but i like it, i think i succeeded on give it a bit of depth. I was a bit messy with the coloring so i needed to reinforce the white in the eyes and feet with a sakura pen.

The cute little elephants is from Magnolia and the Papers of the card is from MME collection Stella and Rose: Hattie. I did accidentally cut of the tail of the elephant while cutting it out and i left it off so that might vary from the original stamp. The yellow-ish cardstock that is used for the framing is gold-colored and has a nice shimmer to it. I used Tim Holts’s embossing folder Rays on on of the blocks and to make it appear a bit better i gently distressed it with Weathered Wood. The border on the top part is one of the two borders in Nellie Snellen’s Lacy Borders set.

The embellishments are simple the yellow and blue brads and the bow of almost transparent blue ribbon on the black thread. The ribbon is not tied hard so it can slide all the way across the card. 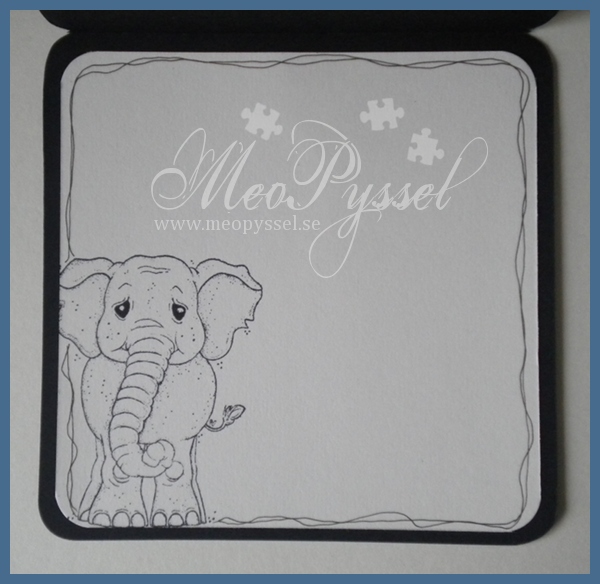